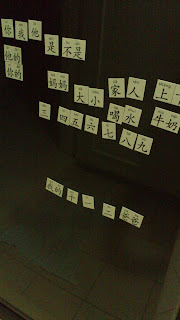 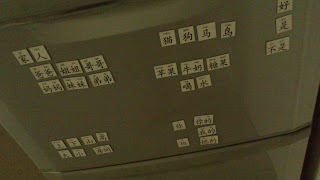 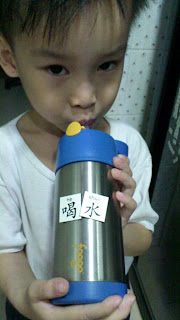 After the magnetic word box set in English, I opened up the box set in Chinese and carefully picked out the Chinese characters that Kayden was comfortable with. His Chinese exposure is much lesser than English and just began the Chinese character recognition. I did not get him to pick out the magnetic word cards like the English ones, so as not to make him feel incompetence.

Taking every moment as teachable moments, I even made use of his 'water parade time' for him to pick up two Chinese characters. Fun Chinese!
Posted by Pauliney at 9:23 PM